Called ‘a truly spiritual experience’ by The New York Times and ‘a marvelous mashup’ by The Village Voice, Zion80’s horn-heavy, polyrhythmic sound has earned them a dedicated legion of worldwide fans. Zion80’s new album Warriors (their third, following two albums on John Zorn’s Tzadik Records), focuses on Madof’s original songs and finds the band delving deeper into their singular mix of deep Afrobeat grooves, mystical Jewish melodies and improvisational madness. The band will follow the release of Warriors with an album of Zorn’s music from his acclaimed Masada songbook (on Tzadik Records) and tour dates in the US and Europe. Out now on Chant Records. 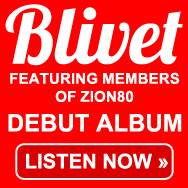